DIRTY DANCING is being remade. Is nothing sacred in Hollywood anymore?!

Posted on August 9, 2011 by The Bellissimo Files 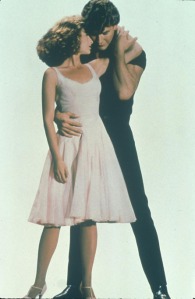 One of my pet peeves at the moment is the lack of originality in Hollywood. It seems like all the good ideas have run out and Hollywood execs think it’s a good idea to remake old classics. Sometimes it’s a good thing, but there are some movies that are so good that they don’t need to be remade. One of those films is Dirty Dancing.

Dirty Dancing is a classic that is still as good to watch as it was the first time, and new generations can enjoy getting to know Bad Boy dance teacher Johnny (Patrick Swayze) and innocent summer camp attendee Baby (Jennifer Gray), as much as the first generation did in 1987 (and many generations have since then!). So imagine my horror today when I read that Hollywood is going to remake Dirty Dancing!

Kenny Ortega, who incidently choreographed the original, is going to direct the remake. He told http://www.digitalspy.com: “The opportunity to direct Dirty Dancing is like returning home for me. Growing up in the ’60s on the dance floor helped define me as a person and as an artist. I am looking forward to assembling a great creative team and an exciting cast to bring Dirty Dancing to the screen for a new generation. Patrick Swayze set the bar for men dancing in the movies as Gene Kelly and Fred Astaire did before him. I believe everywhere you look there is evidence that the talent is out there and I can’t wait to begin the process of discovering the next breakout triple-threats.”

I like Kenny Ortega but I don’t like the fact that he is remaking this classic. Please leave it alone! If you want to bring it to the screen for a new generation then just bring the 1987 version to the big screen or new generations can just buy/rent the DVD! This is the film that really defined Patrick Swayze. Please honour his memory by not remaking it!

Here are a couple of my favourite scenes – including my favourite quotes: “I carried a watermelon” and “Nobody puts baby in a corner” and the famous finale dance:

It’s not too late to back out of this Lionsgate, and anyone else involved! And please please please Hollywood do not even think about remaking Grease or ET!