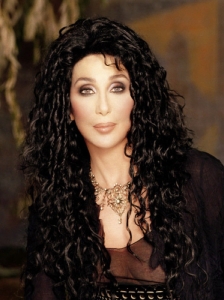 One of my favourite people to follow on twitter is Cher. She doesn’t hold back and always makes time to answer followers’ questions – both the lovers and the haters.

While doing a Q&A early this morning (Irish time), Cher revealed that a Broadway musical about her life is being written. It will use her songs and feature 3 Chers who all interact with each other.

There will be a Cher before Sonny up to Cher during the Sonny and Cher years; Cher after she left Sonny up until the Believe tour; and the final Cher will be the present Cher.

Apparently this musical has been in the works for a while and there is still no opening date as yet, as, according to Cher “Broadway is a VERY SLOW PROCESS”.

Hopefully this process comes to an end soon as this should be one fun Broadway show that will no doubt be a must see!

“Prod r trying 2 write musical of my life at the moment ! Its very Interesting idea. 3 chers ! 1 right b4 i met son through S&c yrs.1”

Now!They all 3 talk 2 each other &Sing 2gether!I’m help.2 write cause i was there & know stories that no1 knows but me ! I hope it happens!

Its musical w/ my music RT @kate_Ramari: @cher is it all based around your music or is it also about your life outside of music too??

Broadway! Its VERY SLOW PROCESS! been working on it quite a while now RT @HollywoodStar95: @cher will it be on broadway or in the movies ???

I could b old Cher!Shes wise n tells 2 young 1’s not 2 fear future@Henz_Cher:u star in the musical…U cud defiantly pull it off (all chers

The Sonny and Cher years (I Got You Babe)

Hi, I’m Sarina Bellissimo and this is the place I come to indulge in my love of all things entertainment. I can’t remember a time when I wasn’t fascinated by all things Hollywood/showbiz. I blame my parents! As a child my mum used to force me to watch old Elvis Presley films with her, and both my mum & dad would take my brothers and I to the Drive-In to watch the latest films (this is where my love for ROCKY began!). When not watching movies, I was trying to figure out ways to pull the back off the TV so I could somehow get into it and be a part of all the action on the screen! This blog isn’t a place that revels in gossip and negativity. It’s a place where entertainment is celebrated. That said, this is a place you can turn to for honesty. Honesty and criticism don’t always mean attacks. I choose to criticise the piece of work but not the person and I acknowledge that just because I don’t like something, it doesn’t mean someone else won’t. Here you’ll find interviews with some of the biggest names in the world of Entertainment, reviews, breaking news and my very own musings. Away from The Bellissimo Files, you can find me on Spin 1038 on Saturdays, between 1pm and 3pm,presenting Plan B. There’s celebrity interviews, entertainment news, the low down on the must see movies and music releases of the week, the ultimate guide to what’s on where in the city, as well as masterclasses with experts on standby to answer listeners’ questions. I also appear on TV3’s “Elaine” panel, talk movies on “Ireland AM” and you can sometimes hear me filling in on Moncrieff’s “Movies and Booze “(Newstalk) The Bellissimo Files is constantly evolving. Files (topics) will be added or deleted as time goes on. Feel free to read, watch, comment, share, and make suggestions for what you would like to see on the site. Sarina
View all posts by The Bellissimo Files →
This entry was posted in Movie News, Music News and tagged Cher, Cher: The Musical, Sarina Bellissimo. Bookmark the permalink.