Danny DeVito is Coming to Dublin

Posted on December 3, 2012 by The Bellissimo Files 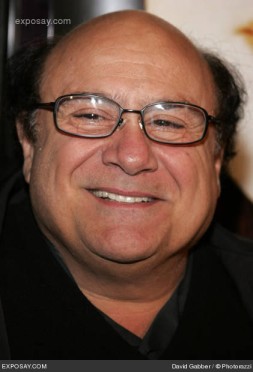 It has just been announced that actor/producer/director, Danny DeVito is coming to Dublin in February!

Danny will be in Dublin to attend the Jameson Dublin International Film Festival 2013, at which he will be presented with the VOLTA, the festival career achievement award.  The Volta awards are named after Ireland’s first dedicated cinema, the Volta Picture Theatre, which was established by James Joyce in 1909 on Dublin’s Mary Street. Previous recipients have included Al Pacino, Daniel Day-Lewis, Gabriel Byrne, Kristin Scott Thomas, Patricia Clarkson and Paolo Sorrentino.

It is not only on the small screen that he has made his mark, he has an awesome and varying film career which includes roles in One Flew Over the Cuckoo’s Nest, Batman Returns, Twins, Throw Momma Off The Train, Terms Of Endearment, The War of The Roses franchise, and far too many more to mention.

The Jameson Dublin International Film Festival 2013 will take place from 14-24th February 2013. Season Tickets are currently available from the festival website at an early bird rate of €195, and will give holders the opportunity to watch an unlimited amount of the very best in Irish and international cinema with advanced booking, as well as walk the red carpet with the stars and attend after-show parties. Vouchers are also available from the website JDIFF.com and make perfect presents for movie-loving family and friends.

Here is one of my all time favourite clips of Mr Danny DeVito – his guest spot in the final season of Friends (sorry couldn’t find the English version!).

And because he is here for the film festival, below is one of my favourite Danny DeVito films – Twins. There are rumours that there is going to be a sequel called Triplets, but nothing has been confirmed yet. Maybe Danny can let us know when he is here in February!

Hi, I’m Sarina Bellissimo and this is the place I come to indulge in my love of all things entertainment. I can’t remember a time when I wasn’t fascinated by all things Hollywood/showbiz. I blame my parents! As a child my mum used to force me to watch old Elvis Presley films with her, and both my mum & dad would take my brothers and I to the Drive-In to watch the latest films (this is where my love for ROCKY began!). When not watching movies, I was trying to figure out ways to pull the back off the TV so I could somehow get into it and be a part of all the action on the screen! This blog isn’t a place that revels in gossip and negativity. It’s a place where entertainment is celebrated. That said, this is a place you can turn to for honesty. Honesty and criticism don’t always mean attacks. I choose to criticise the piece of work but not the person and I acknowledge that just because I don’t like something, it doesn’t mean someone else won’t. Here you’ll find interviews with some of the biggest names in the world of Entertainment, reviews, breaking news and my very own musings. Away from The Bellissimo Files, you can find me on Spin 1038 on Saturdays, between 1pm and 3pm,presenting Plan B. There’s celebrity interviews, entertainment news, the low down on the must see movies and music releases of the week, the ultimate guide to what’s on where in the city, as well as masterclasses with experts on standby to answer listeners’ questions. I also appear on TV3’s “Elaine” panel, talk movies on “Ireland AM” and you can sometimes hear me filling in on Moncrieff’s “Movies and Booze “(Newstalk) The Bellissimo Files is constantly evolving. Files (topics) will be added or deleted as time goes on. Feel free to read, watch, comment, share, and make suggestions for what you would like to see on the site. Sarina
View all posts by The Bellissimo Files →
This entry was posted in Movie News and tagged Danny DeVito, Jameson Dublin International Film Festival 2013, Sarina Bellissimo, The Bellissimo Files. Bookmark the permalink.