Posted on January 9, 2013 by The Bellissimo Files 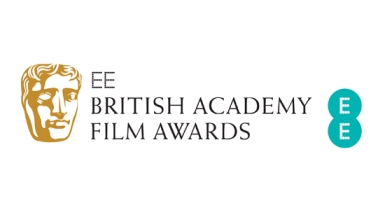 Awards season is just around the corner (literally, the Golden Globes will kick everything off on Sunday night), so this week sees a number of nominations being announced.

The Director’s Guild of America announced theirs yesterday (Ben Affleck joins the illustrious company of Steven Spielberg, Ang Lee, Tom Hooper and Kathryn Bigelow), he IFTAs (Irish Film and Television Awards) and the Razzies announced theirs today (more info on both of those in another post), and the Academy of Motion Picture Arts and Sciences, better known as the Oscars/Academy Awards, will make its big announcement tomorrow.

This morning Jeremy Irvine and Alice Eve announced the the BAFTA nominations at the Academy’s Picadilly Headquarters.

Battling it out with Lincoln is Les Misérables and Life of Pi, both picking up 9 nominations a piece; and the highest ever grossing Bond film, Skyfall, which was nominated in 8 categories, but was not deemed worthy enough for a best film nomination (it was recognised in the Outstanding British film category) and no nomination for Daniel Craig – however Javier Bardem and Judi Dench were both recognised.

Ben Affleck’s critically acclaimed Argo picked up 8 nominations – including 2 for himself, Leading Actor and Director.

Outstanding Debut by a British Writer, Director or Producer

Film Not in the English Language

Here To Fall
I’m Fine Thanks
The Making Of Longbird

THE EE Rising Star Award (voted for by the public)

The 65th Annual BAFTAs will be presented at London’s Royal Opera House on Sunday 10 February.

Hi, I’m Sarina Bellissimo and this is the place I come to indulge in my love of all things entertainment. I can’t remember a time when I wasn’t fascinated by all things Hollywood/showbiz. I blame my parents! As a child my mum used to force me to watch old Elvis Presley films with her, and both my mum & dad would take my brothers and I to the Drive-In to watch the latest films (this is where my love for ROCKY began!). When not watching movies, I was trying to figure out ways to pull the back off the TV so I could somehow get into it and be a part of all the action on the screen! This blog isn’t a place that revels in gossip and negativity. It’s a place where entertainment is celebrated. That said, this is a place you can turn to for honesty. Honesty and criticism don’t always mean attacks. I choose to criticise the piece of work but not the person and I acknowledge that just because I don’t like something, it doesn’t mean someone else won’t. Here you’ll find interviews with some of the biggest names in the world of Entertainment, reviews, breaking news and my very own musings. Away from The Bellissimo Files, you can find me on Spin 1038 on Saturdays, between 1pm and 3pm,presenting Plan B. There’s celebrity interviews, entertainment news, the low down on the must see movies and music releases of the week, the ultimate guide to what’s on where in the city, as well as masterclasses with experts on standby to answer listeners’ questions. I also appear on TV3’s “Elaine” panel, talk movies on “Ireland AM” and you can sometimes hear me filling in on Moncrieff’s “Movies and Booze “(Newstalk) The Bellissimo Files is constantly evolving. Files (topics) will be added or deleted as time goes on. Feel free to read, watch, comment, share, and make suggestions for what you would like to see on the site. Sarina
View all posts by The Bellissimo Files →
This entry was posted in Movie News and tagged 2013 BAFTA nominees, Alice Eve, Argo, BAFTA, Jeremy Irvine, Les Miserables, Lincoln, Sarina Bellissimo, Skyfall, The Bellissimo Files, The Life of Pi. Bookmark the permalink.